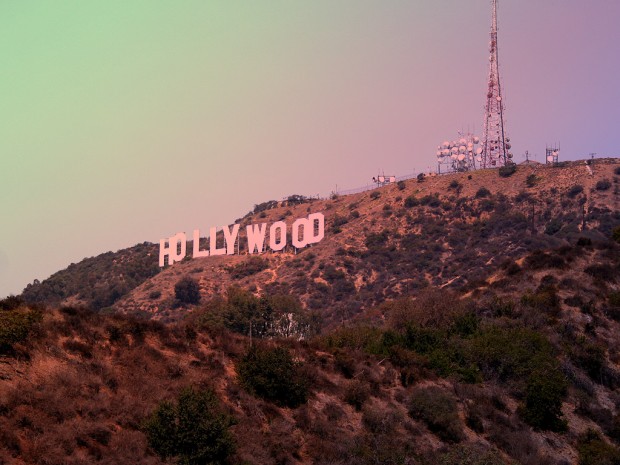 The Hollywood Sign, located on the south side of Mount Lee in Griffith Park, is likely the most famous sign the world over, and certainly a key landmark of Los Angeles. If you’re in the area, you should definitely take a look at it. Surprising to many is the fact that you can’t actually hike or bicycle to the sign. This is in part because of the danger of the cliffs and land surrounding it, but also because of the security system protecting the sign from vandalism. You can still get a great view of the sign though, even if not an extremely close-up one.

Like many landmarks, the Hollywood Sign has a fascinating history. When built in 1923, the sign read “HOLLYWOODLAND,” and was erected to advertise a new housing development. The letters were covered in 4000 light bulbs, and would light up one word at a time, followed by all three together. The entire project cost a quarter of a million in today’s currency. While the original intention was for the sign to stay up for only 18 months it became such a popular tourist attraction, that it was never taken down. Over time however, the sign began to deteriorate. In 1949, the Hollywood Chamber of Commerce repaired it, at which time they removed the last four letters, so that only “Hollywood” remained. The years continued to take their toll so that by the 1970s the top of the second letter had splintered off, and the last ‘O’ had fallen completely away. A public campaign was begun to to raise money and awareness for a new restoration. Nine actors, singers, and others, donated nearly $28,000 each to the project. More recently, in 2005, the letters were again freshly painted.