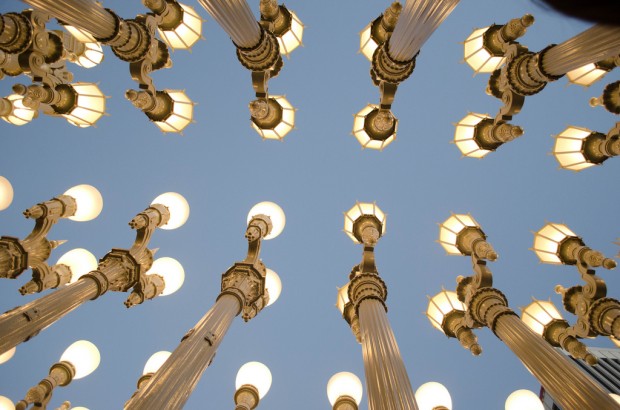 The largest art museum on the West Coast, the LACMA is not to be missed. From philanthropist Howard F. Ahmanson’s inaugural donation of $2 million in 1961, the museum has grown into a 22-acre collection of 100,000+ pieces of art from every era of history. Since 2004 the LACMA has undergone an incredible transformation, with the construction of new buildings and the addition of several large-scale works—the massive modernist sculpture Smoke by Tony Smith, Chris Burden’s iconic forest of streetlamps entitled Urban Light and, of course, Michael Heizer’s Levitated Mass among them.

The permanent collection contains such famous works as Magritte’s The Treachery of Images and the 10th-century Shiva Nataraja, plus over a hundred works by Pablo Picasso. Notable collections include 17th century European painting, Japanese art and works from the ancient Americas. Nearly 3,000 works are on view at any given time, so there’s always something new to see.

If you’d rather see works created in the last 50 years than mankind’s previous artistic endeavors, check out the temporary exhibits, most of which tend to stay around for six months or so. The LACMA places great emphasis on the art of film, as well, with regular screenings of everything from new releases to Hollywood classics (the latter shown as a matinee every Tuesday). Weekly concerts are another reason to keep coming back—programs include chamber music every Sunday and Friday night jazz.