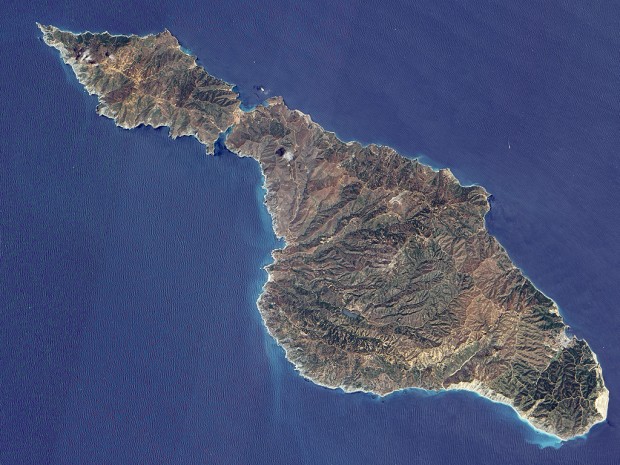 Things to do on Catalina Island

Santa Catalina Island (or just “Catalina Island”), 22 miles off the coast of Los Angeles, is a magnificent place for your vacation! The island was named by the Spanish explorer Sebastian Vizcaino, after he found the island on the eve of Saint Catherine’s day, in 1602.

The island has enough to keep you occupied for weeks, both on land and sea. The island has numerous hiking trails, varying in length from half a mile, to over 37. The island also has bike rentals, a golf course, scavenger hunts, a variety of tours, and the Catalina Island museum. The island also has wildlife, ranging from buffalo and foxes, to bald eagles. For a little more adventure, you can take to the water and go para sailing, kayaking, scuba diving, or take the breathtaking Sea Trek Undersea Adventure, where you can walk along an underwater trail with a special diving helmet. If you aren’t feeling that daring, but still want to see the fish, you can instead take the wildlife viewing tour, or go on the spectacular flying fish tour!

Regardless of what you plan to do, or how long you wish to stay, Catalina Island has the perfect lodging for you. You can go camping, stay in one of the many hotels or bead & breakfasts in the town of Avalon, or rent a lovely cottage or villa!

Catalina has over 30 restaurants, allowing for you to dine exactly as you choose. There are also a great variety of shops and stores selling clothing, jewelry, souvenirs, and other things you might happen to need while staying on the island.

To travel to-and-from the mainland, there are a few options available to you. With the Island Express Helicopters, you can travel to the island in only fifteen minutes! Or if you would rather, you can go by sea, and or take the Catalina Express.

The island of Santa Catalina has had a very colorful history. In the early 1800s, it was a haven for smugglers and pirates, because of its myriad of hidden coves. Rumors were told of hidden treasure on the island, but were never verified Then in the mid-1800s, news came of gold on the island, and a gold-rush started, but throughout the next decade, very little gold was actually found. During the American Civil War, the Union Army closed down the island. Beginning in the 1890s however, the island began to be developed, and turned into the vacation paradise that it now is. Then, during World War II, the United States used the island for military training and a radar station.

Because of Catalina Island’s nearness to Hollywood, it has been used in more than 200 films, from the beginning of silent films, until today. Filming there was done for such famous films as the 1930s Treasure Island, Captain Blood, and Mutiny on the Bounty, and of course, Jaws.

For more information, and to make reservations, visit catalinachamber.com.